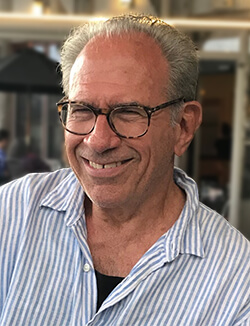 For the past 35 years, Jeff Laurie has been one of the magazine industry’s leading subscription copywriters. He is also an expert in email marketing copy and design and landing page creative.

Jeff has worked with hundreds of magazines, newsletters and associations covering a wide range of subjects. His direct mail and renewal packages have won Gold and Silver Folio: and Circulation Management CDMA Awards. He has written the launch packages for 14 magazines. More importantly, a large percentage of his assignments become controls.

His New Business direct mail package for Harvard Business Review was the control for 12 years, from 1991 to 2003. His 1989 voucher for U.S. News & World Report was one of the first vouchers in the industry.

His digital media launch credits include all of MarketWatch.com‘s e-newsletters, and The Motley Fool’s Rule Your Retirement e-newsletter.

His articles or samples of work have also appeared in:

30 Top-Performing Copywriting Samples to Steal
AWAI 2016
A reproduction of my launch package for Mindful with explanatory notes on the copywriting.

“Minor Elements That Make a Major Impact”
InsideDirectMail June 2009
How and why “small” components like L-shaped order forms and images of scissors on a dashed line work to increase response.
Reprinted in Design & Formats for Boosting Direct Mail Response, Direct Marketing IQ, 2012

“Guides, Gifts, and Useful Tools”
InsideDirectMail August 2008
The outer envelope for my Yoga Journal control was reproduced as an example in aOE reproduced in this article.

“There isn’t much time to get the attention of the chief information officer and then get him to take action. Therefore the package had to be official but also ‘important’ enough for a secretary to pass it on to the boss . . . a direct request package that stands out from the clutter.”

“An outstanding package targeted to business lists, communicating the benefits and contents of the magazine that relate specifically to that audience. Good letter with effective highlighting and innovative P.S. Some humor also. The package is quite expensive, but the lift is good, so it still beats the control on a P&L.”